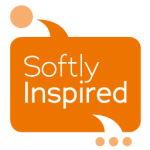 Congratulations to Nishi Uggalle, winner of Child Genius 2019. She is an absolute star. Yet as pleased as I was for her, I couldn’t help but feel uncomfortable when Nishi said that she ‘wanted to show girls can do maths and physics’.

I really can’t understand how this is even a question now, especially for a young girl. In truth, I don’t actually remember it being a question when I was 12.  Sure, there was absolutely boys stuff and girls stuff but I don’t recall us thinking one sex was academically brighter than another; just that there were different expectations for our grown-up lives.

What I do recall was an exciting sense of change going on. At school, I remember woodwork and cooking being available to both girls and boys for the first time. I assumed that in a few years the ideas of gender division would be gone too.

Something odd seemed to have happened in recent decades, much of it pink some of it quite sparkly. For example, more women took up DIY and suddenly flowery pink tools appeared, the same happened with computers and much more. Somehow, the “pink it and shrink it” seems to have opened up the possibilities and accentuated the divide at the same time.

Many rallied against traditional girls toys and boys toys but the actual toys themselves became more colour coded than ever. The same happened with the decor in our children’s rooms and the colour of their clothes. Perhaps it’s just that we can afford more now but honestly, there just wasn’t as much lurid pink around when I was growing up as we see today.

Of there are men who want the pink sparkles and women who want the dark blues and blacks. I applaud everyone who makes their own unique choices, but society still has a very strong concept of “girly pink”.

Why aren’t we there yet?

There are many publicised cases of women in history making their mark in maths and science yet this is clearly still not the norm.

It seems to me that as much as we embrace the idea that “girls can do it too”, as much as we give girls more opportunities to find their way into more traditional roles, and as much as we hope they are less likely to be told that something is unsuitable for a girl, in many ways it all seems to have gone rather wrong.

Girls are still telling us they can do it too, as though it’s a new message to be heard. We still have trouble engaging young women in traditionally male roles. We still need special events and campaigns to have many even consider the opportunities out there. Hopefully someday, saying ‘girls can do maths’ will be an obvious a statement as ‘girls breath too’; but we’re not there yet and personally, I find it all rather sad.

This site uses Akismet to reduce spam. Learn how your comment data is processed.

Keep up to date with the newsletter

Let's have a chat

Send me a message